On the 30. of March 2019 Jakob Schauer was part of the event row Smallforms at Cháteau Rouge in Vienna where he performed a solo concert supported visually by his av-laser-installation “Tryco Cosmyco”. As all Smallforms events are, it was a mix of an afternoon recording session and an evening concert. The concert was recorded as well and both became base for a music release on the Smallforms record label.

Schauer extracted 4 solo pieces from this recordings, which are released on 12″ Vinyl. The laser installation was base for all graphics of the LP. Photographed by Masha Sizikova, graphic designer Fresh Max turned the visual component of the concert into a LP-cover. 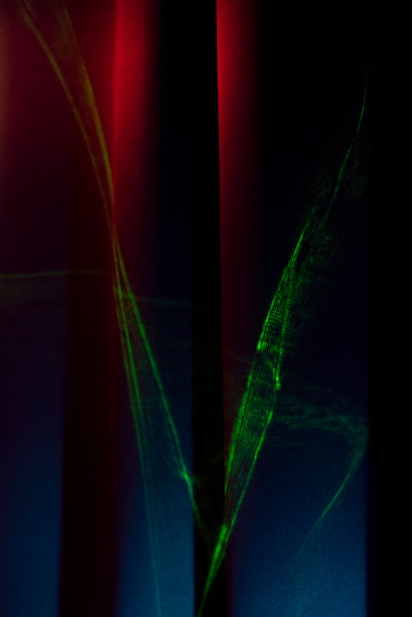 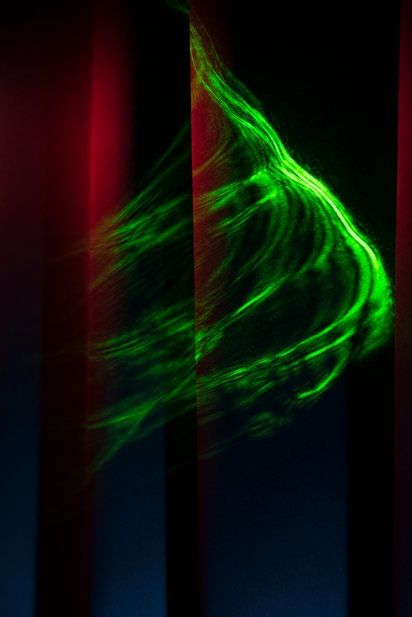