Tryco Cosmyco was a audio visual laser installation set up at Oktolog Festival 2018 at “Alter Schl8hof” in Wels, Upperaustria. Sounds and lasers were triggered by 2 different kinds of coincidences. Sound by computer generated chance, light by movements of the air circulations in the room and the slightest vibrations of the environment, it was connected to. Together they created an immersive artificial universe that triggered imagination, inspiration and memories. 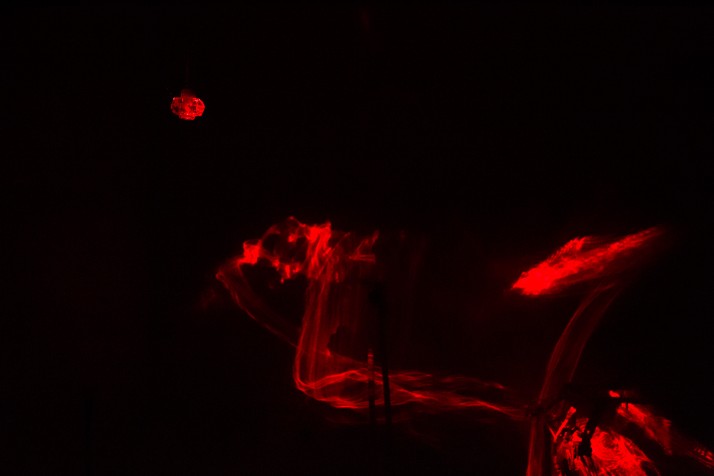 Laser beams pointed on objects made from poured glas and where reflected on the walls of the exhibition room. The objects itself where mounted on rubber strings, hanging from the ceiling and where able to rotate slightly with the airs circulations and where highly sensitive to the environments vibrations. The objects never stoppend to move slightly, which created complex and vivid movements in the reflections.
The sound was generated by an additiv synthesis algorithm, that played up to 96 sine waves at a time. Random choices of the computer changed the amount of sine waves and the the length of their duration. 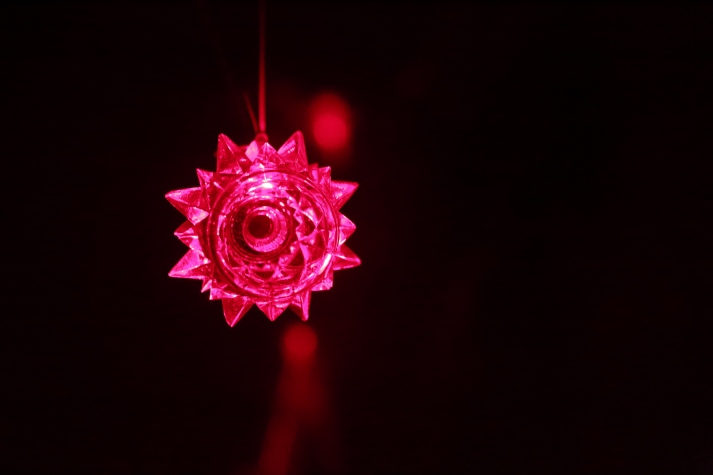 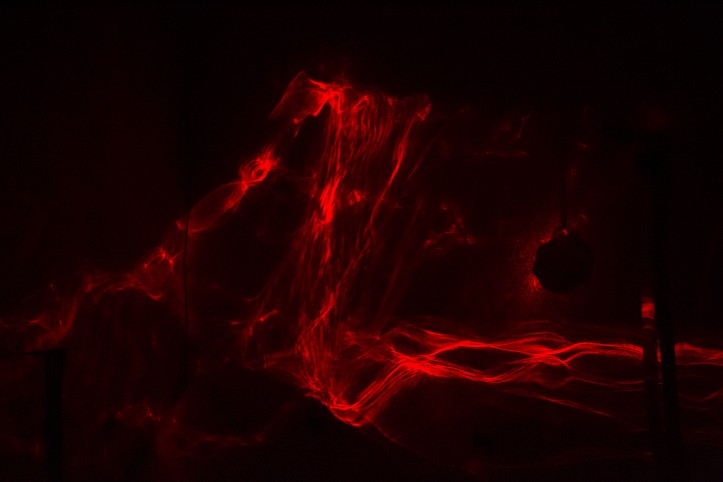